Earlier this week I wrote about why I don’t want to be a venture capitalist right now on my tech investment-specific site, Lager Tech, but I do want to keep helping selected entrepreneurs. If you haven’t read that, or my friend Mike Volpe’s related blog post, please do…

This post is about what I’m doing next, and why.

I’m joining Facebook, and I’m really excited about it.

When I left Jana in April, I told the entire team in an all-hands meeting that I wanted a professional change. I didn’t want to just “do another startup,” even though I’ve been fortunate to work with great teams and have multiple successful outcomes in an industry where even one successful outcome is rare.

As the posts linked above explain, I spent a good amount of time learning about venture capital and participating in various parts of the process with various firms. While that resulted in several great options, I decided not to do it, for the reasons detailed there.

I realized I want to build products that impact a large part of humanity, ideally in a positive and helpful way. I want to work with amazing teams and learn new things, both technically and organizationally, at a scale beyond what I’ve done in the past.

The thought of shipping software to more than one billion daily users, and growing, is highly appealing. 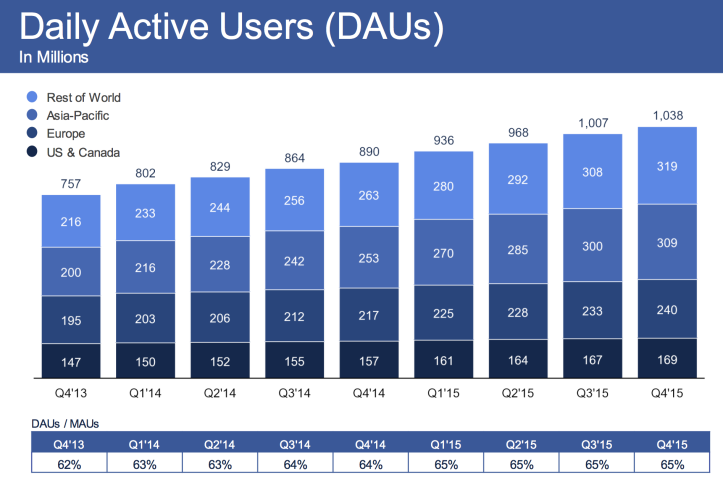 My good friend Dharmesh Shah often talks about solving for scarcity, i.e. going for experiences or opportunities that are rare to get, that only few get the chance to do, or that fully utilize one’s “super power.” I think he’s right, and it’s a useful lens. Not a lot of folks have had the opportunity to work at this scale.

I still love building products, “getting my hands dirty,” hiring folks, coaching them to become better engineers and engineering managers / leads, digging into code, learning new tools, shipping to users, and getting their feedback.

While resting on one’s laurels and taking an “easier” career path, one that involves more advice and less technical work, has its pluses, I’m not ready for it right now.

(I say “easier” in quotes because that’s far from clear. If you want to compete with top VCs, that’s a really hard job.)

I want to build more, learn more, and do more “operating” in general, especially at a new (to me, and to all but very few engineers / companies) end of the scale.

It’s not like I know many folks at Facebook, have worked there before, or have unique insight into the company.

But over the last couple of months, I’ve met one amazing person after another who works there. The talent, paired with humility, put in an amazing environment, is a big pull.

It adds up, and having met dozens of them, I’m really excited to work with them. I’m looking forward to learning new things every day, both technical and organizational.

If you’ve worked with me at all, you know my approach to efficiency, productivity, automation, and tooling. I can be a bit fanatical about it.

It’s been refreshing finding not one, but many folks who share the same approach. Articles like this one from HBR tell parts of the story, and https://code.facebook.com/ has many examples.

This is not unique to Facebook, but it’s not that common in my experience, and it’s a big draw.

Giving back to the community

Yet another reason, and a differentiator from some other large tech companies with whom I was chatting, is Facebook’s dedication to open-sourcing and sharing important technology with the world, using unrestrictive licenses.

I love that Facebook doesn’t stop at a research paper, but often shares actual implementations, after they’ve been proven at scale, and then continues to work on them with the outside community.

Examples like Cassandra are one of many, and I’ve personally used at least half a dozen of them in other companies. Again, https://code.facebook.com/ has many more, including innovations in hardware, telephony, wireless connectivity, data centers, and of course many software tools / components.

That’s the title of an interesting Stratechery post from late 2015. (Highly recommended blog, by the way.)

As the author notes, Facebook-the-product is exciting enough, but Facebook-the-company, with products like Oculus, WhatsApp, Instagram, and more, are even more exciting. I look forward to finding ways to work with and across these products.

Thinking ahead 5+ years, to what a VR-heavy world looks like, and the social experiences made possible, is exciting to me. As a sci-fi fan, helping create that future is awesome 🙂

Monkey on the back

This last area is maybe the most personal / emotional / subjective.

I’ve been fortunate to help create some successful companies from the ground floor, and that’s great. But they’re not at Facebook’s scale, they haven’t had this impact.

Other companies, such as Microsoft, Amazon, and Google, are very much in the same impact league. Other companies are coming up, too. But Facebook is at a sweet spot for me in other ways, e.g. family and friends using the product, and the role we could put together.

I’m still going to be doing angel investments with my good friend Mike Volpe, as he wrote. Investments may be subject to a conflict of interest review by Facebook, which I think makes sense. You can follow Operator.vc and my other activities on AngelList.

I remain bullish and excited about the Boston startup ecosystem. In fact, I think this job will help the larger ecosystem in multiple ways. I hope to bring and start exciting projects here with Facebook, hire great folks to build them together, build skills at a scale the likes of which we don’t have much in town.

I’m also personally excited to grow my connections in California, with entrepreneurs, experienced executives, and other folks. I think this will help Operator.vc directly, Operator.vc investments, and my other angel investing activity.

I may still become a full-time investor / advisor down the road, but I’ve long wanted to work at a world-changing, category-defining technology company, so now I’m diving in.

Edit: to be clear, I will be based in Boston, though spending some time in California.